Posted on January 17, 2016 by CharlieClaywell

Note: This is the second in four entries about Albion’s Seed: Four British Folkways in America by David Hackett Fischer. As I mentioned in the first post, since this is a large book (900+ pages) I did not want to write a single review. Instead I am writing about each of the four British American colonies Fischer examines. If you have not read his book, and are interested in the American Colonial Era, I highly recommend it. Click here to access all the posts in this series.

In this post, I’ll examine the same three folkways I did with the Puritans: Sex, Recreation and Money. 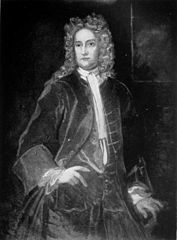 Although, I’ve never been able to conclusively determine the very first Clavell/Claywell to land on North American soil, some records show that a Peter Clavell died in Accomack, Virginia in 1692. Peter is a forefather of Shadrach Claywell. Shadrach is often the beginning point for U.S. Claywell genealogy. He was born in Bedford County, Va. So, it does appears the Claywell line landed in Virginia, which would also support the reasoning that they are English (and at least one of Shadrach’s children was described by his widow as English).

If Peter was, in fact, an indentured servant it was a rough start for a new beginning in a new land.

Unlike the Puritan colonies to the north — a region populated by extended family units, educated individuals, and a more socially and financially equal society — the Virginia colonies were established in a nearly opposite manner. British royalists became the governing class and then through controlled immigration policies populated the colony with illiterate, unattached individuals. Sixty percent or more of the Virginia colony was illiterate — compared to 30 percent or less in the Puritan Colony.

This approach to cultivating a colony led to a highly stratified society with very defined social classes. The high illiteracy rate kept the impoverished class oppressed since they were ill equipped to improve their lot in an ever increasing literate world.

Money Flows To The Top

In 1641 Sir William Berkeley began his 20+ year reign as governor and under his leadership the colony grew from 8,000 to 40,000 inhabitants. During his reign and for centuries beyond, the region remained divided into two distinct groups: the haves and have-nots. According to Fischer, about 10 percent of the population controlled up to 75 percent of the usable land. This was a stark contrast to the northern Puritan colony where the division of wealth was closely regulated and the hedonistic pursuit of wealth was discouraged.

Fischer reports that 70 percent of the Virginia population owned no land while another 20 percent was slightly better off — owning small parcels.

In Virginia, a significant portion of the laborers, like Peter Clavell, were indentured servants. This meant, among other things, that they worked without wages for about seven years. But since the laws were slanted in favor of the property owners these servants, already the working poor, were at an even deeper disadvantage should a dispute concerning their contractual agreement surface. Simply put, the indentured servants were at the mercy of the ruling class so the poor became poorer and the wealthy expanded their holdings.

Killin’ Time Is Killin’ Me

The Virginia Colony phrase ‘killing time’ has its beginning in south England where most of the original laborers emigrated from — and it was a stark contrast to the Puritan concept of improving time. Recreation included significantly different activities in the Puritan and Virginia colonies. The Puritans enjoyed ice skating and games that were the forerunners of baseball and football. They saw recreation as necessary for the development of the Christian character whereas the Virginia colonies saw absolutely no value in any ball-centric sport.

By and large, the Virginia colony residents preferred blood sports. Some of the games were bizarre, like muzzling the sparrow, while others were more pragmatic and practical, like hunting game. But one of the most popular, festive blood sports of Virginia Colony farmers was a tortuous game that required dexterity, horse riding skills, and included the possibility of losing a finger to an angry gander.

Here is how Fischer describes the sport of ganderpulling.

An old male goose was suspended upside-down by his feet from the branch of a tree, and the neck of the bird was lathered with grease. The contestants mounted their horses and galloped past the goose, endeavoring to tear off the bird’s head by brute force as they rode by…. The scene was a lively one — shouting crowds, a swirl of violence, the goose twisting in agony, dismounted riders rolling in the dust, and finally the climax when the carotid artery gave way and the winner rode in triumph through a shower of crimson gore.

Although the roles of men and women were not equal in the Puritan colonies, whenever sexual crimes were committed, like adultery or fornication, the Puritans tended to punish both genders equally, Fischer writes. In Virginia, it was a much different approach.

First, men were allowed, and even expected, to engage in sexual activity with willing, and often, unwilling participants. The punishment for rape was sometimes less than the punishment for petty theft. This was because women, even in the upper, Royal class, were seen as breeders. They were ‘cursed’ with the sin of Eve and their only real purpose was to bear children for their husband (but this did not exclude women from all the hard, manual labor associated with farm work).

This mindset led to several unique laws. Women — and not men — were punished in adultery cases. Although, not a capital crime as in the Puritan colony, adultery was dealt with harshly. A convicted female was either flogged or dragged behind a boat until nearly drowned. The same harshness applied to an unmarried woman bearing a child. This too was a very serious offense in Virginia — but not because it was a sexual sin.

As Fischer writes the offense was punishable,

… because it threatened to place a burden of support on the parish poor rolls, and to deprive a master of work that was thought due him….When an unmarried woman gave birth outside of wedlock, a heavy fine was levied upon her. If the fine could not be paid (which was often the case), she was trussed up like an animal, her dress was ripped open to the waist, and she was publically whipped in the sight of a shouting mob until the blood flowed…

Where They Came From

Most of the immigrants inside the Virginia Colony were transported from the south and west regions of England. About 30 percent were skilled laborers or artisans — compared to 60 percent in the Puritan colony. Women outnumbered men by as much as 6-1 in the early years, but few came of their own free will. Seventy-five percent of the servant-immigrant males were between the ages of 15 and 24. Even younger children were stolen from England and transported to Virginia.

Eventually black slaves would be imported to the area, and the institution of slavery would be born. Some historians argue that slavery took hold here instead of in New England because of the hierarchy that already existed in Virginia. Even poor white settlers benefitted from slavery since it meant there was a class of people ‘beneath’ them in the social hierarchy (I may be poor, but at least I’m not a slave.)

Oddest Thing I Learned: Do You Believe In Magic?

Since many of the underlying beliefs — like a women’s subservient role, blood sport, and religious intolerance (the colony drove out Puritans and Quakers) — I have seen firsthand, none of those customs were shocking to me. But, I did find several customs intriguing. For example, I learned that the southern way of speaking was mostly imported from south England. The colonists’ term for coitus  — rogering — I also found a bit unusual, but the oddest thing was the colony’s — rich and poor alike — obsession with magic. They were not concerned, like their neighbors to the north about witches. No one was ever executed in the Virginia colony for witchcraft.

As a colony, people accepted their position on the social ladder because of their belief in luck or magic. This singular core belief went a long way in preventing any significant upward mobility for the indentured class — or any decline in status for the wealthy. The belief minimized any sense of responsibility for determining the direction of their lives or controlling their own fate.

On the whole, they believed that ‘God’ had placed them in their appropriate place on the social ladder. 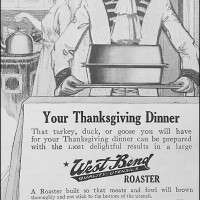