When I see christians embracing the NFL decision to restrict a player’s right to dissent and nullifying a player’s freedom of speech I am reminded of how morally weak too many of them are.

It reminds me of the mindset that led to the creation of the Southern Baptist Church.

The church was established during the Civil War because a group of nationalist christians believed God condoned slavery. They built their belief around an interpretation of the Noah story — where he curses one of his sons into slavery (and apparently waved a magic wand and changed his son’s race). Those christians did not have the moral fortitude to go against popular opinion and do the right thing. They had no desire to solve the social injustice of slavery.

The same holds true today as many christians intentionally and willfully ignore the fact that a man kneeled because of social injustice and White people reframed his movement. As this NFL story unfolds, yet another video had been released of an unarmed Black man being manhandled and tased by White officers. Systematic racism is real. It needs to be solved.

I personally expect political leaders like Pence and Trump to exploit fear, racism, classism and good ole fashioned willful ignorance. But I expect more from those who claim to follow the ‘Prince of Peace.’

And he didn’t give a damn about a flag.

Posted on May 8, 2018 by CharlieClaywell 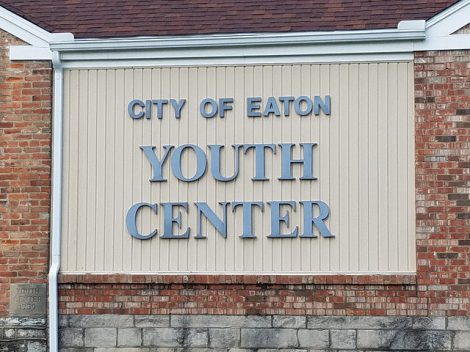 According to Christian tradition, Paul was travelling to Damascus when a voice from heaven and a bright light interrupted the trip. The episode led to his conversion and, indirectly, to the creation of most of the New Testament.

Watson, a speaker on the Tea Party circuit, also experienced a conversion. A self-described former member of the Left, her moment of truth included a voice and new outlook on life. Something was missing in Watson’s life, she said, and one evening, she sat down to watch “I Don’t Have Enough Faith To Be An Atheist.” This is how she described the aftermath (as reported in my local newspaper).

“By the time the show is over, I’m actually lightheaded. I curled on the side of my bed dizzy. And I heard a voice. The voice said, you are being lied to. My mind is racing. I’m thinking about everything he said.”

Watson presented her views in a small, inexpensive Eaton, Ohio venue ($25 an hour). The parking lot was filled on the night she advocated for a non-government funded approach to education — schools, she envisions, being operated by preachers and unpaid volunteers. The overall theme of her message (based on the newspaper article) was ‘public schools are the enemy — because they are liberal — and they are educating your children.’

She presented this message in a county:

In a movement that prizes frugality above all else, the low-cost of the structure may have been a deciding factor, but Watson, and her supporters, could not have picked a more inappropriate edifice for the speech.

She presented the repressive ideology inside the Eaton Youth Center, located on the corner of Decatur Street and Park Avenue. When the building was constructed by Preble County youth, from reclaimed material, in the late 1930s, it was funded by the federal government as the activist government was seeking was to give young, unemployed individuals in small communities employment, and purpose. The head of the National Youth Administration, which funded the venture, said the building project was the ‘practical expression of the belief in the democratic form of government.’ In a Sunday edition of the Cincinnati Enquirer, the director said he was ‘especially proud of the Eaton Youth Center.’

But more desecrating than an ignorance that government involvement — and not unpaid volunteers — brought about the creation of the Youth Center — is the slap in the face of Stephen Decatur.

Stephen Decatur, the man the street is named for, was the epitome of bravery. He faced a true enemy — as opposed to Watson’s manufactured ones. Decatur’s enemy was not his neighbors or fellow citizens.

In 1804 Decatur, and about 80 men, were commissioned to blow up a captured American ship. It was a suicide mission since the ship was anchored in a heavily-guarded enemy harbor. They embarked on the mission at night, without guns, so they would not alert nearby ships, and engaged in bloody hand-to-hand combat, before capturing the ship, setting it on fire, and escaping with their lives. The act was instrumental is changing the tide of the Tripoli War.

About a month after Watson spoke, police agencies in Preble County conducted a ‘drug interdiction sting’ and posted the results on Facebook. In the comment section, one resident listed a Decatur Street home, close to the venue, as a drug house. But even a cursory look through the Eaton police reports demonstrate that Decatur Street has a drug problem.

Watson is correct on one thing — our society has problems in need of solutions — but she is woefully wrong on where she is placing the blame.

In Preble County we could start by:

‘Hollowing Out The Middle’ A Vivid Description Of My Hometown

Posted on May 1, 2018 by CharlieClaywell

“It is dangerous and misguided to fund and operate rural high schools with the primary goal of getting the academically oriented student to college and assuming that the non-college bound will somehow get a job on their own.” — Hollowing Out the Middle: The Rural Brain Drain and What It Means for America

“…thank goodness for us Walmart came to town when the economy was down and sales tax (revenue) continues on the rise,” Preble County Commissioner during the recent State of the County address.

In Preble County, 50 percent of the county’s revenue comes from sales tax, another 22 percent comes from property tax, the commissioners recently told those in attendance for the annual State of the County address. This was apparently presented without cause for alarm even though economists have argued for years that both taxes unfairly target the poor and underemployed.

It is these antiquated beliefs that Hollowing Out the Middle: The Rural Brain Drain and What It Means for America by Patrick J. Carr and  Maria J. Kefalas explores. Published in 2009, the book is the result of a married couple moving to a small Iowa rural community and interviewing 100s of residents as they sought to understand the demise of the Heartland’s dying small towns.

Even though the book is a ‘scholarly study’ it’s an enjoyable read because of the way the authors tell the story. They do this by segmenting the story into the following types of students at the local high school: Achievers, Stayers, Seekers and Returners. They conclude the book with a “What can be done to save small towns’ section.

As I read the book, their types rang true locally, in large part, because of my daughter’s recent high school graduation. So my memories are fresh concerning her experience. One problem small towns have created for themselves is their approach to education, which like the quote above points out, is bias.

In Eaton, just like in the Iowa study, there is an effort to educate the ‘best and brightest’ along a career path which includes college with an understanding that these students will leave the region — contributing to our brain drain. Conversely, there is also a drive to let those who remain in the community fend for themselves.

A Stayer in the book talks about his high school experience — one too typical in rural communities. According to the man, a teacher advised him to quit — and he did. Years later he reflected on that moment and said that his mother,

This can leave a region, like Preble County, with an under-educated workforce, one that easier to manipulate, and cheaper to employ, but a workforce that also makes it difficult to attract higher-skilled positions to the region.

Besides the four student types heavily detailed in the book, the authors also look at disturbing trends that exist in rural areas. Here are a few:

The book, which highlights the mindsets destroying small towns, is a strong indictment against the status quo. It ends with a very compelling quote,

Why let small-town America die when, with a plan and a vision, it could be reborn and once again vital?

Rating 5 out of 5. The book offers plenty of ‘food for thought’ for individuals wishing to understand why small towns are dying. For community leaders wishing to reverse the trend, the book offers suggestions for revitalizing the towns.

Ohio has been one of the hardest hit states post-Great Recession, and locally our over-reliance on sales tax revenue is tenuous at best since it puts our destiny in the control of a state economy. But, one of the most interesting aspects, for me, concerning the State of the County address was learning the county has about $26 million (roughly two-year’s worth of expenditures) in reserves. This buildup occurred during the national economy recovery which began under Obama in 2010.

A wise investment, of 5-10 percent of that fund, would be to invest it in the people of Preble County. Instead, our board of commissioners tends to let the state dictate what projects we pursue. A recent example of this is the ‘no-brainer’ decision to build a $1.3 million structure on the county’s fairgrounds. Like extreme couponers who cannot resist hording ‘free’ toilet paper and toothpaste, the commissioners could not resist the ‘free’ $400,000 (an Ohio grant) that will cost us of $900,000 (to finish the building). The building benefits a minority of the county’s citizens and Preble County has significantly more pressing needs.