Posted on December 25, 2015 by CharlieClaywell 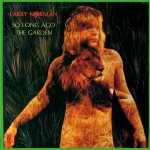 “It used to be the birthday of the Man who saved our necks, now it stands for Santa Claus, you spell it with an X” — Christmastime, Larry Norman, So Long Ago The Garden, 1973.

During the holidays, I see a lot of “put Christ in Christmas” posts on social media and often the posts have a very American slant to them — suggesting you’re not patriotic if you don’t like, type amen and share the post.

The posts, and some News organizations (I use the term news very, very loosely) even go so far as to claim there is a War on Christmas and Christians.

The Way Back Machine

Of course, in the world of social media and TV-generated non-issues, high page views and ratings are proof that God is on your side. From comedian Dennis Miller’s allegations that a Zombie nativity scene proves its ‘open season on Christians’ to Fox News coverage of Christians in Minnesota fighting back after an atheist forced the removal of a nativity scene from government property — one might get the feeling that Christians — and Christmas — are indeed under attack by left-wing, anti-American liberals.

But America’s history tells a much different story about Christmas.

Despite commentators decrying this liberal-inspired, political-correctness-gone-wrong War on Christmas, the founding Christian settlers would view it all much differently. The Puritans, who came to this continent in search of religious freedom and a more pure, sacred and holy form of Christianity, viewed the celebration of Christmas as a thinly-veiled pagan holiday.

The contemporary War on Christmas pales in comparison to the first — a war that was waged not by retailers but by Puritans who considered the destruction of Christmas necessary to the construction of their godly society.

An Excuse To Get Out Of Work?

In fact, when the Puritan settlers hit the shores of North America they wanted to rid the community of the celebration. Initially they simply ignored the day by working on it, but by the second Christmas, Governor William Bradford had a handful of new arrivals who, when the work day began on December 25, said it was against their conscious to work on the 25th. Bradford granted them a reprieve from the work day “until they were better informed.”

His willingness to accept their contrary belief was cut short though, when at noon, he found the people outside playing Christmas-related games. Bradford noted in his diary that if they believed in the day so much, they should be in their homes and not outside reveling in the streets.

Of course, Bradford was hardly the only influential settler who subscribed to the ‘Christmas is bad’ mindset. In 1687, Reverend Increase Mather, felt the festival was “highly dishonorable to the name of Christ.”

The view of the religious majority decided to up the ante in colonial times. Instead of just saying Christmas was unholy, they passed a law preventing the celebration. In 1659, the Massachusetts Bay Colony passed a law which fined anyone celebrating Christmas. It read,

“For preventing disorders, arising in several places within this jurisdiction by reason of some still observing such festivals as were superstitiously kept in other communities, to the great dishonor of God and offense of others: it is therefore ordered by this court and the authority thereof that whosoever shall be found observing any such day as Christmas or the like, either by forbearing of labor, feasting, or any other way, upon any such account as aforesaid, every such person so offending shall pay for every such offence five shilling as a fine to the county.”

Holiday Catches On In The United States — 200 Years Later

When the law was revoked about two decades later, overall, the holiday was still not accepted on a large scale and even politicians, who tend to ride public opinion, did not acknowledge the holiday. In 1802, the House of Representatives worked on Christmas Day (talk about a War on Christmas) and as late as 1855, the New York Times noted that the Baptist and Methodist churches were closed on Christmas Day because they “do not accept the day as a holy one,” while Episcopal and Catholic churches were open and “decked with evergreens.”

Christmas became a national holiday in 1870.

Creating Something Out Of Nothing

Each year, Fox News starts its coverage about the fictitious ‘War on Christmas’ earlier and earlier — with Papa Bear Bill O’Reilly often leading the annual charge by September or October. In 2012 Fox Commentator Megyn Kelly help fan the flames by deciding that the fictional character, Santa Claus was white — adding as a footnote that Jesus was too.

Although, biblical scholars disagree with Kelly’s assessment on the color of Jesus’ skin, the jury is still out on Santa since, after all, Santa Claus isn’t real (sorry kids).

For an interesting look at the various culture and historical events that shaped Christmas in the United States read, Christmas in America: A History

by Penne L. Restad. The book notes that in America, the holiday has always been an “ambiguous meld of sacred thoughts and worldly actions.” For a lighthearted look at the modern Christmas traditions in the United States — including all those house lights — watch Chevy Chase’s Christmas Vacation.