Posted on September 12, 2014 by CharlieClaywell 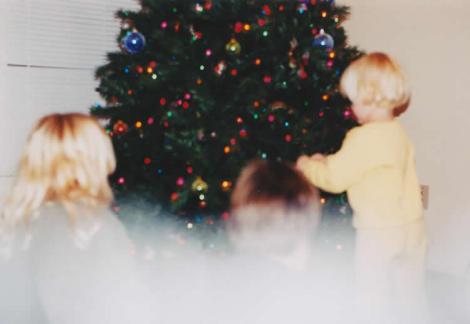 In the early 70s Larry Norman penned the song, Christmastime

but maybe it’s really the store owners that are greedy. Toys R Us, the national chain that supplies children everywhere with toys at retail prices, announced on Wednesday, Sept. 10, it is already stocking up for the holidays.

“We’re deploying capital both in-store and online to improve the customer experience,” said Hank Mullany, the chain’s president, noting that the company has cut its checkout transaction time by 16% and increased the frequency of shipments to stores to help keep shelves fully stocked. In addition to new signs, Toys R Us will feature gift-idea stations within its fleet of 877 U.S. stores, and is introducing an online layaway program.

While September may be early, and it may feel as if stores are pushing holiday sales earlier and earlier — it’s actually not a new trend. An article from Slate magazine — which showcases newspaper ads from as early as 1912 — reveals stores were starting the Christmas push as early as October in the early 1900s. The push to shop by Thanksgiving goes back even more — to the late 1880s.

The trend to start earlier and earlier, though, may have faded away if not for the well-intentioned goal of a woman bent on abolishing child labor and reducing the work week to 40 hours. In 1903, Florence Kelley, wrote a widely distributed pamphlet, The Travesty of Christmas, where she urged consumers to think about the children working in the stores. The Slate article adds,

The employment of messenger and delivery boys especially appalled her, as these were the “many children for whom the cruel exposure attending their holiday work is followed by nervous prostration, or pneumonia, too often ending in tuberculosis.”

By 1918, the United States Council of National Defense joined the bandwagon — running an full page ad stating, “If You Really Want Us To Win The War Do Your Christmas Shop[ping] Early.”

The rest, as they say, is history.