‘Missoula:’ Acquaintance Rape And Those Who Enable It

Posted on February 21, 2018 by CharlieClaywell 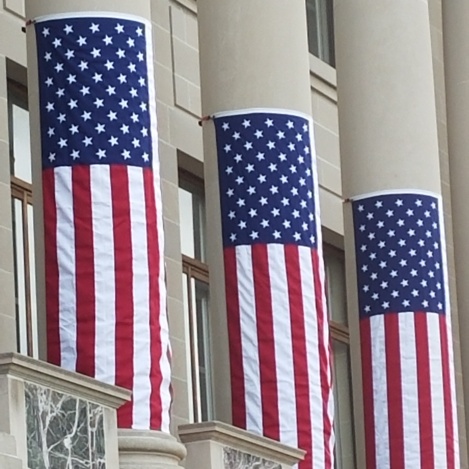 “I was stunned to discover that many of mine acquaintances, and even several women in my own family, had been sexually assaulted by men they trusted,” author Jon Krakauer.

Rape is a crime that experts estimate is underreported by 80 percent.

In the past 18 years, 124 rape kits from Preble County have been submitted to state and local crime labs. If it’s true the crime is underreported, the number of rapes that occur annually in Preble County would be about 10. Yet, of the 158 court cases processed through the Preble County Common Pleas Court between July 1, 2017 and Dec. 31, 2017 only one individual was indicted on rape charges.

Books like Missoula: Rape and the Justice System in a College Town by Jon Krakauer offers some clues why, as a society, we are woefully lacking in our response to this prevalent, and violent, crime.

Krakauer offers some commentary at the end of the book on why he chose to tackle the subject. When he decided to research the topic he was embedded with some U.S. soldiers for another book he was finishing up. As he explains he attended some therapy sessions with the soldiers who were dealing with Post Traumatic Stress Disorder, and the individual leading the session made the observation that two groups are most affected by the disorder: soldiers and rape victims.

That statement, and watching a personal friend struggle with the aftermath of sexual assault, seem to be the catalyst behind the book.

As the book reveals, it is a combination of societal beliefs, undertrained and bias gatekeepers, and public perception that impedes justice. And, sometimes, the march to justice is also hampered by the backlash a victim receives as communities rally around the accused.

The book takes place in the college town of Missoula, Montana which was thrown into the national spotlight a few years ago due to a series of rapes and sexual assaults that occurred in the community. Several of the allegations involved players on the much-loved University of Montana football team.

Missoula follows a couple of those cases from the allegations to their legal end. The testimony is difficult reading, but just as difficult to read is the clunky handling of the cases by the legal system, from undertrained police officers to unconcerned deputy prosecuting attorneys. In one of the cases, a female police officer assures the rape victim that she would bring in the alleged perpetrator and ‘at the very least scare the shit out of him.’

But, as the author reports, that is not what happens. While interviewing the suspect, the officer says,

I don’t think you did anything wrong. I think it is torturing you that you are accused of this and that bothers me. The case in my opinion is closed. This case is going to be listed as unfounded. I think this is just a misunderstanding.

Typical Behavior Of A Rape Victim

The book explains the typical manner in which rape survivors respond — which is counterintuitive to how we want them to respond. At the end of the book the author explains this phenomenon — as does one of the expert witnesses in one of the trials — but it’s too detailed to explain here. (A book the author quotes is Trauma and Recovery by Judith Herman.)

But one of the rape victims does offer a snippet of the phenomenon. Before being raped, the woman was a stellar college student, but after the crime she notes,

“I started drinking a lot — way too much — and engaging in other really risky behaviors. You hear that rape victims avoid sex afterwards, but it is actually just as common for some victims to become promiscuous in self-destructive ways. That’s what happened to me.”

Of course, the unenlightened use this behavior to besmirch victims.

Another interesting, albeit troubling, aspect of the book is how much an officer’s bias, lack of training or ignorance can derail a case. In several incidences, rape victims were asked ‘if they had a boyfriend’ with one officer going so far as to suggest that sometimes,

Girls cheat on their boyfriends and then say they were raped.

But, by far, at least for me, the aspect of the book that is invaluable, is it is filled with the stats that show rape victims are telling the truth.

It is estimated that 92-98 percent of victims are honest in their testimony.

Rating: 5/5. Although, at times, the court proceedings and testimony is a little labored, the stories are well researched and well told. The end result is a better understanding of the legal and societal weaknesses that allow rape to go unanswered.

This book, a national bestseller, also has a 4-star rating on Amazon.

Categories: 8th congressional district, Books I have read, My America

2 thoughts on “‘Missoula:’ Acquaintance Rape And Those Who Enable It”